Learning to Forgive in Divorce

Suppose your settlement or trial results are exactly what you wanted. You have the parenting plan you desired. You are paying or receiving the support you thought was the fair amount. Now that the divorce is done, what are you going to do next?

Often divorce clients are consumed with the divorce process. They have had very little time to process or consider what their future is going to look like after the divorce. During the separation and divorce process, however, they’ve become very angry, bitter and resentful of their ex-spouse. Sometimes anger forms because a spouse expects the other to act in a certain way. We say things like, “he should have,” “she failed to,” and “he should never have.” Imposing unrealistic expectations on our spouse, we then hold them to a standard that he or she is doomed to fail. When they do in fact fail, we hold on to the alleged offense and allow the anger and frustration to take power over us, continually reminding ourselves of his or her fault embittering us.

Divorce is hurtful. As a divorce litigant, you have been hurt. Likely it’s a deep hurt because your spouse betrayed you, gave up on your marriage, or couldn’t forgive you for some of your wrongs. And even with a big win at settlement or trial, or even a peaceful and agreeable mediated agreement, the anger and hurt is still there.

Anger is harmful. It has the appearance of making us feel powerful, but leaves us feeling frustrated and powerless. Forgiveness is your willingness to release the past, the anger, the bitterness and resentment. It means separating forgivable people from unforgivable actions. When you forgive, you give yourself the chance to move past the hurt and to a healthy future. You offer yourself the chance to heal.

You might be wondering: how can I forgive my spouse, if she hasn’t apologized? Or why should I forgive him? What he did is unforgivable. These are common misconceptions about forgiveness. Forgiveness does not mean you condone your ex-spouse’s behavior. Forgiveness is an opportunity to free yourself from the heavy burden of carrying hurt and anger from the past experience into the future. By holding onto anger, you allow your ex-spouse to control your future happiness. You become a victim to that anger. Without forgiving, you are caught in cyclic hatred. For example, you might seek revenge, resulting in escalated tension and anger between you and your spouse. Forgiveness frees you from escalation and from the bondage of anger.

It’s hard to know how to forgive or what to forgive, especially when all you can feel is anger towards your ex-spouse. One way to overcome the anger is to identify what specific act caused you to be angry at your ex-spouse. Was it an affair? Was it her inability to listen to you? Was it his failure to pursue his career in the manner he promised? Once you have identified the act, identify what this means to you. Did the affair make you feel unloved? Did you feel disrespected because she did not listen to you? Or did you feel uncared for because he did not pursue his career to provide for you and the children? Once you have identified the act and what it has caused you to experience, you can move on to forgiving your ex-spouse for this act.

Now that you have identified the act, you must decide whether you wish to forgive your spouse. Are you willing to let go of the past and no longer hold on to resentment? At the most fundamental level, forgiveness is a heart process. It begins with a personal desire to be released from the past. You have to make the decision whether or not you will begin this journey.

Forgiveness also takes time. You might start the process today, but have to work the process daily, in your mind, emotions, and spirit, before you have finally released the grudge you are holding.

There are some steps you can execute to assist you in forgiving your ex-spouse. First, it is easier to forgive when you understand why the offender did what they did. Consider why your spouse behaved in that manner. Did you have a role? What was that role? Understanding why is not the same as excusing the behavior. Explanation helps us put the offense into perspective, making forgiving the offender easier. If you put your pride at issue, you will find it difficult to forgive. You will find yourself adding trivial wrongs against your ex-spouse rather than understanding why the offense requiring forgiveness took place. We add injustices to an ex-spouse’s wrong because it makes us feel better. Our ex-spouse becomes so very wrong and we become so very right. Prevent yourself from doing this. Remind yourself of reality and do not focus on trivial matters. Don’t try to keep score of who hurt whom and who caused the most injury. Forgiveness is about letting go, not weighing wrongs.

Forgiveness is a process and you may need to go through these steps several times before you have fully forgiven your ex-spouse, another family member, or yourself, either entirely or for a specific wrong. Holding on to the past and the pain will only cause you more frustration. It’s time to let it go. 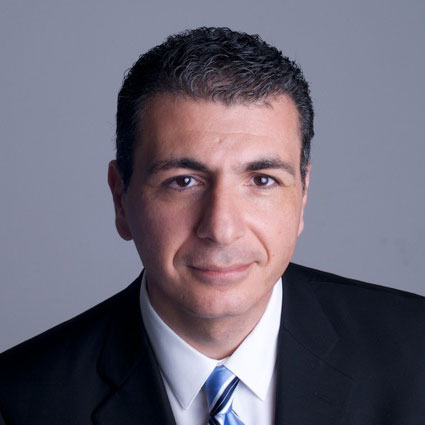 Dr. Invia A. Betjoseph is a licensed Marriage and Family Therapist, MFC 44618.